Today I read an article written by Dick Eastman, “The Faith Behind the Legacy” a tribute to Billy Graham. 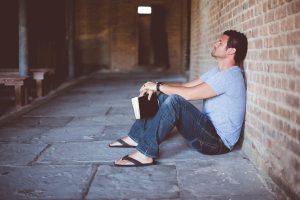 man is the International President of Every Home for Christ, based out of Colorado Springs, Colorado).  He started his article with the same charge or thought that was presented to me while I was in ministry school.   There is no limit to what God can do in the life of a believer who is fully surrendered (committed). We could add as Mr. Eastman did in his article surrendered in faithful obedience. Or as I heard it committed to Him.  Either way, what if we think about that statement for a few minutes.

What would happen if all of our self-was put aside and we fully embrace who He was then fully gave out of who He was in us to the Lost and hurting world around us?  What if we no longer listened to the doubts, fears, intimidation, or lies about who we really are and what we have been called to do?

What would that really look like? What would be accomplished? How would our life be changed?

Does that excite you or scare you?

I teach a ton on the topic spiritual warfare. An easy definition in this context is, contending to become who we were created to be.

When I minister to people I must have a bottom line in which we can begin to build again upon.  However small it might be there must be something firm on which to base a foundation.  As in my history, that firm place was the very bottom of a big pit that I had willingly helped to get myself into.

In this same article, Mr. Eastman goes on to tell a story that truly I did not know. That prior to Billy Graham’s salvation, his father called a prayer meeting at the family farm. During that prayer meeting, it is said a prayer was lifted that from that very place the Gospel would be spread throughout the whole world.   Now that my friend is the power of prayer.

I have always taught nothing happens on this earth unless it has been released into the spirit realm by “us” the rightful heirs of this planet.  That is why I so strongly teach about the power of words.  Because words have power they can create and bring death (Proverbs 18:21). You spiritual warfare is related to everything we do.

Billy Graham is reported to say the secret keys to his success was “first pray, without prayer there could be no success,” then he added, “Secondly pray! You can never have enough prayer. Finally,” He concluded, “pray! Those are the three keys – pray, pray, pray!”

You see there is no commitment, there is no obedience that doesn’t result in religion without prayer.  Prayer is our lifeline it is our relationship builder, it is our place of rest, of strength, it is where our power comes from.

How can something so simple be so difficult?  No that is the question. When “people” are asked if they pray or tell me about your prayer life. I have never had anyone tell me it couldn’t get any better.  I have never had anyone tell me that they pray without ceasing (1 Thessalonians 5:17).  I wonder why when everything is released and obtained through prayer.  Is it because we do not make the connection? Is it because it isn’t an in the spotlight type of ministry?

Don’t get me wrong I know prayer is hard…it is hard like exercising. It’s hard like eating right or getting enough sleep.  It takes discipline, and that is surely an ugly word discipline.

I wandered around a bit throwing in surrender, commitment, the power of words, prayer, and discipline. Yet I have found we need all of those if we are going to be all that we were created to be. To become all that we were intentioned for.

First and foremost, He wants to us to have a relationship with Him. (Surrender/commitment) Out of that relationship what we do will flow (The power of words). The results are staggering when it out of that relationship rather than our own power (Prayer). Too many times we do and then ask him to bless what we have done. Instead of just being with Him and being who we were created to be (Discipline).  When we are who we really are there is no stress, no worry, no fear, and doubts vanquished.

I charge you today to surrender, commit yourself fully to Him today and seek after Him.